How To Prepare For An Interview Amid The Great Resignation

As employees continue to quit by the masses, companies are at war for talent. But despite it being a job seeker’s market, interviews are still just as nerve-wracking. Here’s how you can best prepare for and crush your interviews—and land the job. 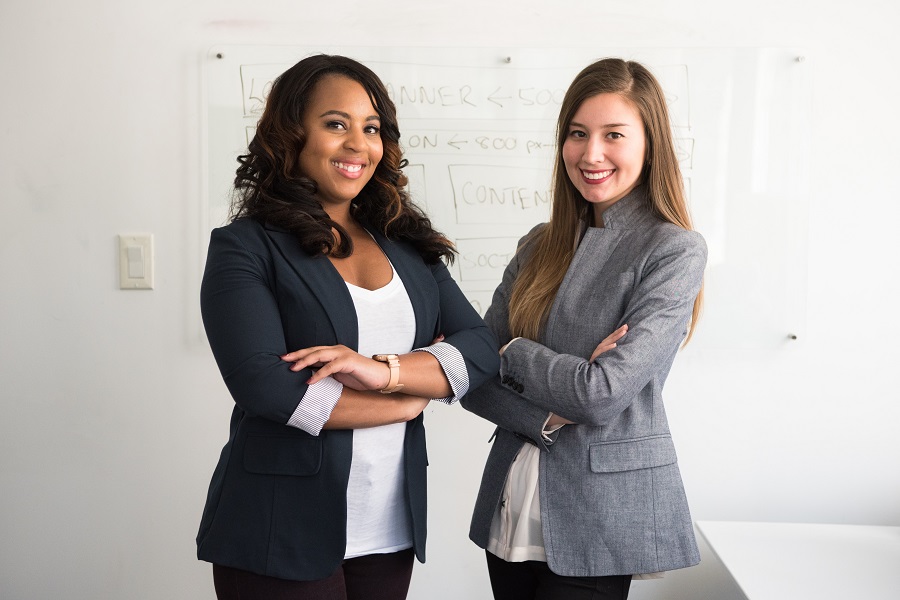 Preparing for an interview—no matter how good the job market may be—is still just as daunting as ever. With a record 48 million Americans quitting their jobs last year amid the Great Resignation—a trend that's shown few signs of slowing down—and more than 11 million open jobs, employers are fighting to recruit top talent.

But even if it’s a job seeker's market, preparing for an interview still means doing your homework, putting in the practice and knowing how to answer—and ask—the right questions.

Whether you're changing careers, returning to work, looking for a new challenge or seeking better pay and perks, here are the best steps you can take to prepare for and nail your interviews, according to recruiting experts.

1. Get To Know The Company

The first step in any interview process is to do your research. Knowing as much as you can about how the company is run and organized will help you sound more informed. Research will also help you show your interest in that specific employer as well as give you clarity on whether it’s the kind of place you really want to work.

“It’s important to remember you are interviewing them just as much as they’re interviewing you,” says Stacey Perkins, a career coach at Korn Ferry. “It has to be the right fit on both sides.”

Applicants should spend time on the company’s website, learning about what the company sees as its mission and its priorities. The more those work values fit with your own, the better.

“So much else really hinges on a company’s values,” says Mark Stevens, a senior director of talent acquisition at Adobe. “They guide how we treat one another, work with customers, solve problems and deal with conflict.”

Ask yourself what matters to you. It may be inclusivity, flexible hours, a remote environment, a diverse workplace—or simply a place that doesn’t take itself too seriously.

Perkins recommends setting up a networking call or two with other employees to learn more about the company and why they joined. But be sure to treat these interactions—or informational interviews, as Perkins calls them—as if they were job interviews. Every exchange matters, she says.

Doing mock interviews can help you feel more confident, says Perkins. Whether you hire a professional coach or enlist the help of a friend, practicing can help you get comfortable talking about yourself. Saying your answers out loud as opposed to writing them down helps you develop muscle memory.

But don’t write out your answers word-for-word or practice to the point where you sound rehearsed.

3. Get Comfortable Selling Yourself

Interviews are nerve-wracking, period, and selling yourself is a unique challenge. For many, whether you hate being the center of attention or don’t want to come off as self-aggrandizing, it can be uncomfortable and awkward to talk about yourself.

Be prepared to clearly communicate the value you bring to the team, career coaches say, and use examples to make your point. In interviews, be specific. Show, don’t tell. Share stories that demonstrate your successes. And when talking about a project you completed, explain the impact it had. Perkins recommends the STAR method: identify the situation, task, action and result.

And that old standby advice to be yourself? It’s true. “If I’m hiring, I don’t want to buy a façade,” says career coach Wayne Pernell, who has worked in HR for companies including Whole Foods and AAA.

Interviews can be daunting, but don’t let nerves detract from who you are. “It’s really important to find a way that feels genuine to talk about yourself that really showcases the energy and the motivation you have in your work,” Eonnet says.

4. Have Your Resume Handy

When it’s time for the interview—whether it’s via phone, video or in person—keep your resume nearby. If you’re face-to-face, come prepared with multiple copies to share with those you’re meeting.

But resist the urge to rely on it. The interviewer has already read your resume, so don’t read it line by line. Instead, focus on bringing what’s on the page to life with anecdotes and examples. The more you practice, the easier this will become.

5. Know What Questions To Expect

Every interview and interviewer is different, but a few questions are almost guaranteed to be asked. The one that most often stumps candidates—and that’s also likely to be the first—might seem like the simplest: “Tell me about yourself.” Your answer should be a bit longer than an elevator pitch and go beyond what’s on your resume.

But stay on track. This is not the time to detail your run as high school class secretary or trip to Europe. This question is meant for highlighting your story, what motivates you or a special achievement you didn’t have room to include on your resume.

Questions like “why do you want to work for this company?”, meanwhile, are where your research comes into play, Eonnet says. They’re meant to test your knowledge of the company and understand your motives. Point to something specific you like about the employer and why it appeals to you.

Your response to the question “why are you best for this job?” should showcase your skills in a specific way, Perkins says. Use the STAR method to explain your accomplishments and how they will translate to this company and position. Show what you bring to the table.

Another common question asks you to share your strengths—and it’s up to you to be precise in how you answer. “It’s important to be clear on what you want the [interviewer] to understand,” Eonnet says. “Rather than focusing on the answers to the questions they ask, it’s really important to make yourself an agenda as if you were going to lead a meeting for the interviewer and be super clear on the skill sets and competencies you bring.”

Study the job description and highlight your strengths that are a fit. Tailor your response to the job. For example, if it’s a project manager job, talk about your organizational chops and ability to juggle deadlines more than your big-picture creativity skills.

And when it comes to questions about weaknesses, be honest. Be sure to follow up with how you are working to improve them.

Situational questions, meanwhile, such as “tell me about a time you had a challenge and how you handled it,” aim to understand how you think and work, Perkins says. How do you handle stress? How do you deal with conflict? Your answer should focus on the outcome of the situation and the impact it had on your team, company or client. Bonus points if you include metrics.

7. The Questions You Should Never Forget To Ask The Interviewer

The tables always turn in an interview, and one of the biggest mistakes you can make as a candidate is not asking questions. Pressure can build as the spotlight shifts, but ask the questions you are genuinely curious about, Eonnet says.

This is your opportunity to understand what the company can do for you, Robinson says. “Recruiting is a sales process,” he says. “Both parties are simultaneously trying to sell themselves to one another, while also qualifying whether or not there’s a fit.”

Robinson’s advice: Ask questions that dig more deeply into something the interviewer has already said. For example, ask the recruiter why they joined the company—and why they like it.

This question will allow the interviewer to open up more about themselves and their colleagues—as well as the culture of the employer where you may one day work.

Other questions, such as asking what success looks like in the role, or how the position impacts the rest of the company, do double-duty: They answer real questions about which you may be curious—while sending the signal you’re success-minded and a team player. Similarly, asking how other people have grown in the same position can show that you’re focused on career progression while giving you hints on how you might get promoted.

Asking about company culture can be particularly hard, as it’s a fuzzy concept even when you’re not in a job interview where everyone’s trying to put on their best face. One thing that can help: Ask about initiatives or investments the company is making, such as on diversity and inclusion efforts, to force the interviewer to be specific, Stevens says. Or, ask how they’ve done something in the past to help keep answers concrete, such as what benefits they added during the pandemic to help support employees.

8. Don’t Forget To Say Thank You

Following up is key, and timing is everything. Perkins recommends writing a message within 24 to 48 hours of the interview. Don’t be afraid to ask for an address where you can send a handwritten note.

Whether you send email or snail mail, be sure to include at least one specific reference to the conversation you had. This shows interest and attentiveness—and just might jog the memory of the hiring manager enough to offer you the job.